Tim Nair (KG7EJT) and I summited Beckler Peak (W7W/KG-086) on 21 May 2016. There is no info on SOTA on this summit so I decided to do a quick blog and share my info gained. I traveled to Tim's house and then we took his vehicle to the TH. We started hiking at approximately 1100 and it took us about 1:37 minutes until we were standing on the summit. My FitBit marks our elevation gain at 2,592 ft. as seen below. Our first contact was shortly after 1300 local which was about 30 min later then our planned activation time. Tim started on 146.52 using a VX-6r and I started on 20m with the FT817. Tim started out having to contend with a local contest station but the station was gone quickly and opened up the call frequency. My SSB contacts were very strong but the rain started coming in so I packed up the 817 and switched to the Elecraft KX1 on CW. Strangely enough I did not have many contacts before I decided to pack up the radio and try some VHF. Mainly I just observed Tim on VHF and chatted with Doug (KY7S) on the Gold Mountain repeater 146.62 PL103.5. We tried to work Doug down in Seattle but had no luck on 146.52. Tim has always impressed Doug and I with the success that he has on VHF on the summits! According to SOTA Watch Tim has activated 66 summits, all on VHF. I believe Tim told me that he only had 1 summit that he only worked 3 of 4 stations for the activation. He still gets the first to activate achievement on the summit. 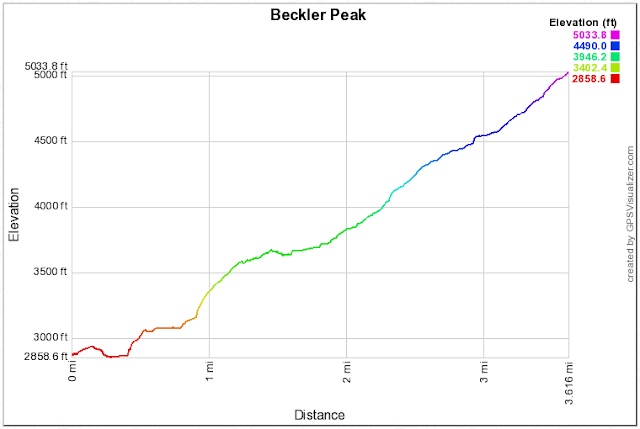 Cell Signal:
Both of us had great cell signal from the summit and were able to make a call home prior to departing. I was able to spot using SOTA Goat app on my Iphone.

Trail Conditions
The trail was in good condition. There was one deep washout about half way up the trail and a couple of blowdowns to maneuver over along the way. We probably had a total of 1/4 mile of snow near the top that was hard packed and easy to walk on.

Fees:
I believe a National Forest Pass? may be required. Tim had the pass in the window so I did not have to worry about it.

APRS:
I did not get any APRS hits on the way up the summit. I was transmitting APRS using my Kenwood TH-D72. I did not try and use it for spotting but I should in the future. I need to continue to use all options for spotting to keep it fresh in my mind.

Driving Directions:
For driving directions it is best to go to WTA at http://www.wta.org/go-hiking/hikes/beckler-peak

I had some new chasers today and appreciate everyone. I think I may have had a weird propagation situation with the transition from SSB to CW. Having strong SSB and then weak CW was strange to me. The only thing that changed was the radio. I was using 2 1/2 watts on SSB and almost 3 watts on CW....strange! Thanks Tim for the great trip to an area that I had not gone before. This was my second W7W/KG summit. More to follow as I get up to Snoqualmie pass during my last summer in Washington State and make the move to the East Coast this winter.

I have some vacation time coming up early June and hope to get out on some more summits during my spare time. A trip across the state to Montana from 10-14 June will probably be a big push.

Thanks to all the Chasers that worked Tim and I! 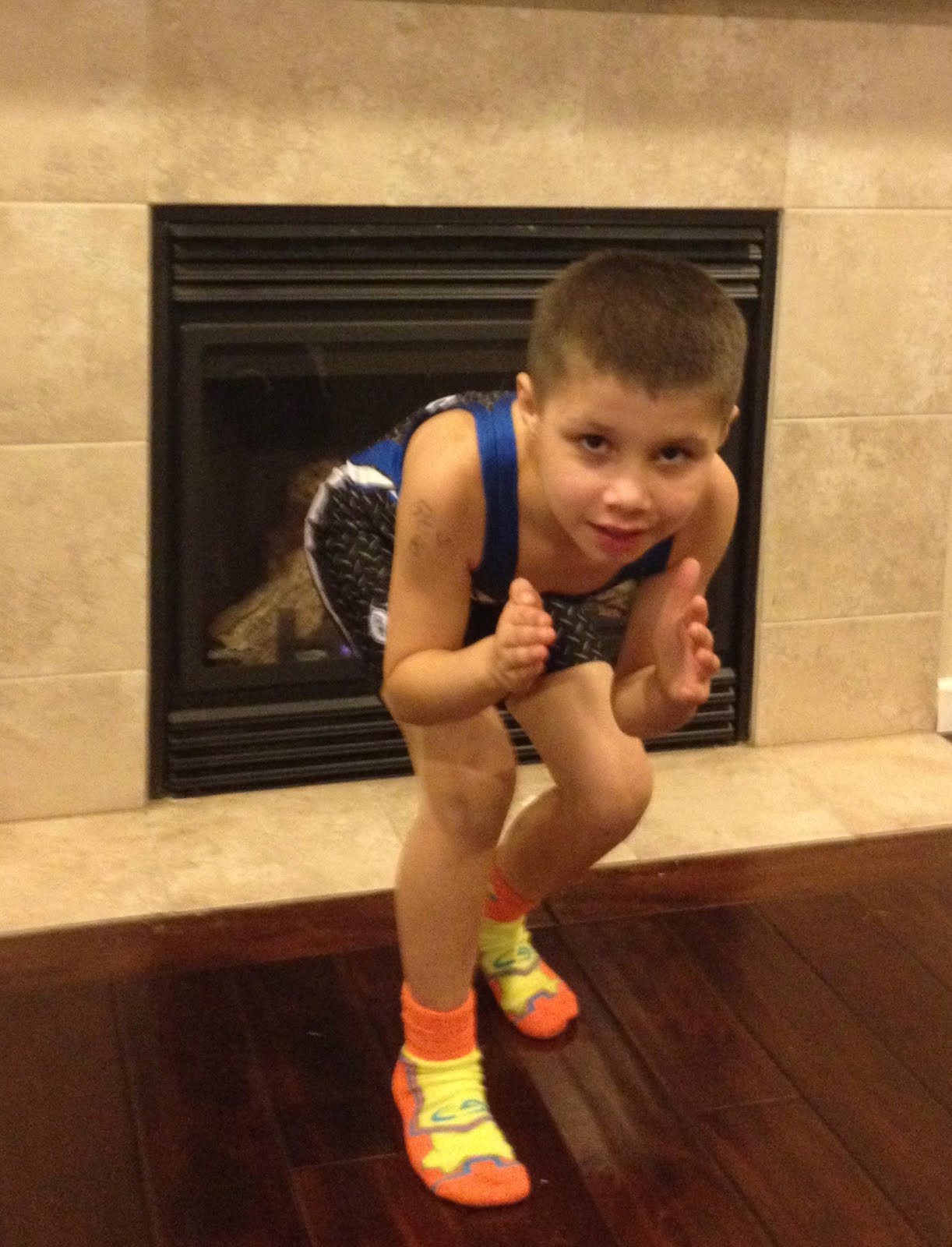 A shameless plug for you all to share in our kids' lives.

Horrible Selfie! I had to get a photo with the SOTA flag so here it is hanging on my Arrow Beam Antenna. Peyton and I traveled to Monta... 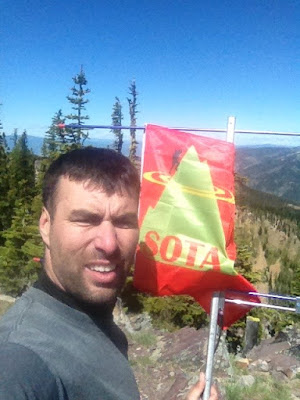